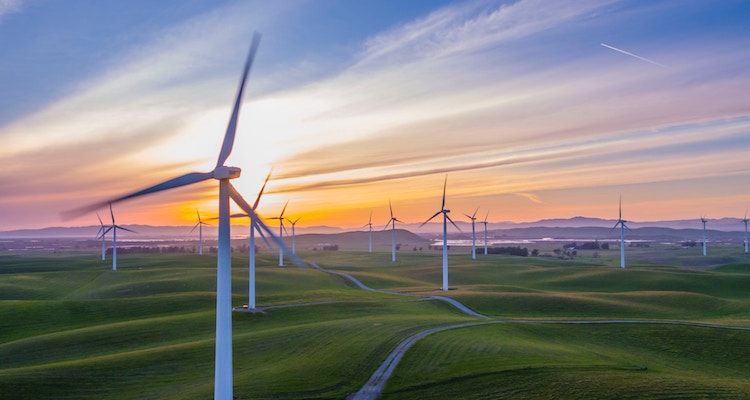 Often overshadowed by negative conversations and connotations, technology is undoubtedly having a great impact on the environment we live in and shouldn’t be overlooked. As our technology continues to develop rapidly, it’s important to look at this as an opportunity and how it can be utilised to combat climate change; improving our planet’s overall sustainability and creating a greater place to live for future generations.

It can’t be denied that the condition of our planet has caught the attention of Generation Z — and will live on through Generation Alpha and beyond if things do not improve quickly. Right now, young people are becoming more conscious of their actions and have developed a greater understanding of how this could impact the surrounding environment and, more importantly, their own future. And, unlike previous generations, they are making it their mission to use the influence they have on social media to steer their friends, family and businesses to make changes that will help improve the environment.

For example, young fashion brands like Levi are understanding the demands of their 20-24 year old demographic and pledging to help people and the planet, as well as improve their products by reducing the amount of water and energy used – making them a hit with consumers across the globe.

For businesses, how environmentally friendly you are could definitely influence sales. Data collected by Eco Pulse found that 90% of millennials will buy from a brand if they trust their social and sustainable practices and 95% would even recommend a friend. This is an area that many businesses can’t afford to miss out on if they want to generate custom around products or services.

We’re all immersed in the digital world and have become familiar with the many capabilities that technology has. But how is it currently helping the environment?

The Ocean Clean Up: System 001

In a bid to clean up the Great Pacific Garbage Patch, the world’s largest collection of ocean plastic which is three times the size of France, System 001 was launched in September 2018 from San Francisco. This is the first technological solution to this growing issue and consists of a 600-meter-long floater that sits at the surface of the water with a tapered three-meter-deep skirt attached below.

The project states that the floater creates a coastline (that doesn’t currently exist) and will provide a buoyancy to the system, preventing any plastics from overflowing. Beneath the water, the skirt prevents any debris from escaping the cordoned area. To ensure that this project works to cover all areas, designers of the project took advantage of natural oceanic forces to ensure that the system worked to its full potential. As a result, the system moves faster than the plastic, making it easier to capture.

As the system is U-shaped, the plastic is gathered in the centre, making it easier for final extraction. A vessel, which acts as a garbage truck, removes the collected plastic every few months. Detaching itself from the system, the vessel heads back to land, where the plastic is then processed and sorted for recycling. The Ocean Clean Up has great ambitions too and it is expected that with a roll-out of 60 systems, they could clean 50% of the Great Pacific Garbage Patch in the next five years alone. Believe it or not, once a fleet of systems are deployed into every ocean gyre, 90% of ocean plastic could be removed by 2040.

Canadian company Maplewave are pioneering the way for paperless technology on a global scale in a bid to reduce paper usage across businesses. The firm is already covering both the UK and South Africa but have shared their ambitions to expand their own technological influence to countries like the Philippines, Germany, Singapore and Kenya to support wider environmental efforts.

It’s no secret that mass paper consumption is having a profound impact on the world we live in and is causing harm to many different areas during its production. Research has suggested that it takes five litres of water to create one piece of A4 paper alone — for some countries, this amount of water could aid many suffering communities.

As 50% of the waste generated by businesses is composed of paper, Maplewave are encouraging organisations to adopt digital contracts and electronic signature software with aims to remove paper processes from work operations entirely. There are many benefits when businesses begin implementing paperless contracts and that is why it has become more popular over recent years. Businesses can find themselves reducing contract costs by 60-85%, as they won’t have to budget for printing, storage, shipping, retrieval and any associated administrative expenses. As well as this, it will allow companies to enhance their security procedures as data is collected electronically — one of the main reasons why Maplewave want to branch out into some European markets.

Which business wouldn’t want to reduce their environmental footprint, save costs and enhance their security?

Governments around the world are looking to encourage the use of electric vehicles through the Electric Vehicles Initiative (EVI), which is a multi-nation policy forum looking to adopt the use of electric vehicles worldwide. Accelerated by the Clean Energy Ministerial (CEM), it includes some of the world’s largest economies — Canada, China, France, Germany, the UK and the US, just to name a few.

As the electric fleet can help make transportation more efficient in terms of energy use and can reduce greenhouse gas emissions and remove the dependence we now have on oil. As well as this, the use of electric vehicles will also improve air quality — something that has notoriously deteriorated over time.

CEM are continually reaching out to more countries to bring them on board with the initiative following the recent success. Globally, the electric vehicle market reached a value of $83.5 billion in 2012, but between 2013-2019, this is expected to grow at a compound annual growth rate of 19%.

This positive change to electric vehicles and predicted growth is very realistic too. For example, last year, we witnessed a record global sale of electric cars (increase of 54%), which has led to a global stock of over three million. Countries that accounted for the most sales were China, with almost half, and Norway, which had the highest per capita ownership.

Evidently, technology is continuing to help our planet — and as new developments are introduced almost every day, the future only looks bright for communities around the world.