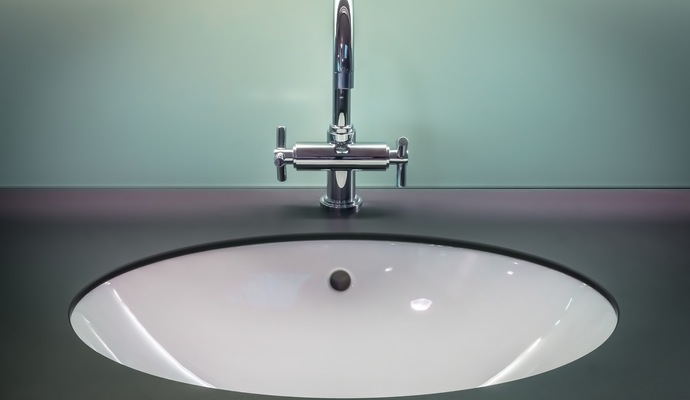 Think your house is clean? You may want to think again. Even though you spend time vacuuming, dusting, scrubbing and washing, there are many areas and items in a home that don’t get enough attention, and these can become the ultimate germ nests. So, if you really want to freak out the germaphobe in you, read on!

When it comes to the bedroom, the biggest germ nests aren’t your sheets but are actually the pillows and mattress. Fungi, mould and staph commonly build up over the years, as do other nasties such as Micrococcus. Mattresses have a use-by date for a reason; aim to purchase a new one every 7–10 years from a reliable specialist company such as Sleepy’s Express.

Research has found that the largest numbers of bacteria, including faecal contamination, can be found in the kitchen. The kitchen dishcloth is actually the worst, as this does not get changed often and spends its time constantly damp, making it a breeding ground for bacteria such as mould.

Who isn’t guilty of using the ‘5-second rule’ after dropping food? However, you shouldn’t be so quick to start using it. Bacteria is trampled everywhere via feet and shoes, and as food usually contains moisture, bacteria will be lightning-fast to jump on board. Damp surfaces and carpets are even worse—anything dropped on these should go straight to the bin.

The buttons on the remote control are touched multiple times a day: before, during and after meals and sicknesses; after being outside; after going to the bathroom. However, a remote control will be shared by people every day for years without its buttons ever being wiped down. Staph, yeast and mould are common, but because of the variety of people that access them, any number of germs can be passed on with this item.

Many people keep their toothbrush on the bathroom sink, and if your toilet and bathroom are in the same room, this can be an issue, especially because of airborne E.coli bacteria. These germs constantly build up, even if you wash your toothbrush every day. To avoid getting sick, try and change it every 3-4 months.

Do you ever clean the knobs and handles of your doors, or any of the light and power switches? If you’re like most people, the answer is probably no. Bathroom light switches are often the biggest culprits for bacteria, as it is a thoroughfare of people who have touched all sorts of things all day. Like your toothbrush, it can also be home to any airborne faecal matter.

Although the thought of these things is disgusting, our bodies actually have a strong immunity when it comes time to fighting germs and bacteria off. However, it’s the unhealthy levels of bacteria that start to cause problems. Just remember to change items such as the above regularly, and clean them thoroughly if they are permanent fixtures.

5 Apps Kids Should Never Use

Right now the digital world is abuzz with practically every type of app you can imagine. App developers are multiplying by the day, looking…