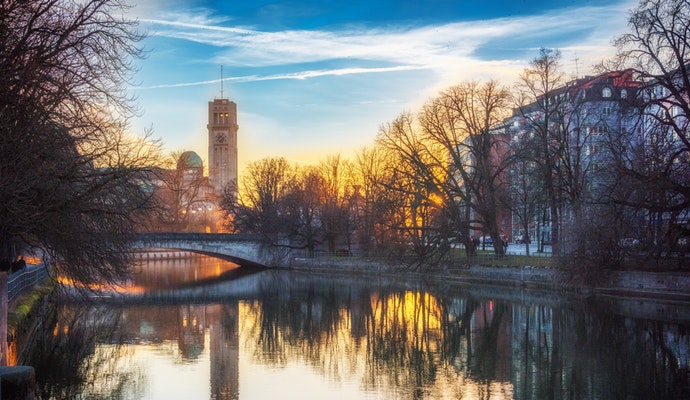 While so many people plan on a summer holiday, an equal number love to travel at other times of the year when the temperatures are more conducive to truly enjoying themselves. Summers can be too hot and winters can be too cold, but spring and autumn provide just the right climates for those who love to get out and about without adding or taking away too many layers of clothing! If you have always dreamed of attending the world’s largest festival (along with a great mug of beer!) and have waited to take your annual holiday in the autumn, it’s time to enjoy Oktoberfest in Munich. Here’s some of what you need to know. The rest you’ll find out for yourself the fun way once you are at the fair!

Make Those Travel Arrangements Before It’s Too Late

Before getting into Oktoberfest in Munich, it probably is a good idea to remember that this really is the world’s largest fair. There was a European-wide terrorist scare in 2016 in which the fair experienced the lowest attendance in 15 years, but the festivities bounced back nicely in 2017 with more than 6 million attendees over the two week period in Munich. If history holds true to form, we should see that number rise by at least 200,000 people this year and since there have been few global threats lately, there is every reason to expect at least 6.5 million at Oktoberfest in Munich, 2018.

Due to the huge number of those flying into Munich (MUC), it is always wise to book your flight and lodgings as soon as you have confirmed the time free at work. Those living in the UK may wish to choose an international airport like the one at Birmingham that isn’t as congested as Heathrow but big enough to ensure all the amenities you rely on when travelling. Make your arrangements early such as checking out parking at Birmingham Airport. There are several options such as an amazing valet service you can book on the Birmingham Parking website, so don’t lose a moment of your holiday toting those bags around. Why not enjoy your holiday to the fullest? Travel in style, maybe for the first time ever, especially since this will be your first trip to Oktoberfest, so make it a holiday of firsts.

Taking the Kids Is NOT a Problem

One of the reasons why so many families never consider a trip to Oktoberfest isn’t the cost but the fear that children won’t be able to attend. In actuality, there is plenty for the kids to do and they are even allowed in the beer tents up until 8 pm daily. After that, it’s time for a bit of adult time, but even then, there are things the kids can enjoy, so why not bring them along?

Surrounding the beer tents are some of the most exciting rides to be found. Remember, this is the world’s largest fair and it’s not all about drinking this year’s brew. It’s time of celebration of the harvest and this typically includes dancing, singing and of course, carnival rides that get bigger and better year after year.

What to Wear to Oktoberfest

Many people question whether or not they will be ‘required’ to wear traditional Bavarian attire. Some are a bit shy to wear a dirndl or lederhosen, but there really is no reason to fear. You will see far fewer people sporting contemporary outfits than you will traditional Bavarian garb, so why not add a costume to your list of things to prepare for your autumn holiday.

You can always order dirndls and lederhosen online which will reach you in plenty of time before you are set to depart, but the one thing you will want to account for is the sheer amount of walking you will be doing in Munich. Not only will you be traversing the fairgrounds but you will almost certainly want to take a few trips into the city as well, so don’t forget to pack at least one pair of comfortable walking shoes.

Day Trips Around the City

Oktoberfest activities are not only on the fairgrounds as the entire population takes part in the fun. You will find an amazing number of shops with traditional Oktoberfest souvenirs you will want to bring home and the choice of foods offered by street vendors will keep you coming back year after year if you are a foodie! With a huge array of wursts and schnitzels, you won’t want for something delightfully delicious to tempt the palate.

Then, if you aren’t quite sure which sights you really want to check out, remember that there are particularly interesting castles in the area as well. Side trips are just the thing when you’ve never been to Bavaria so do take time to check out other things to see and do as well. You may have always been looking forward to a dark, frosty mug of Oktoberfest beer, but why not get a glimpse of the people who keep the tradition going?

Many people are surprised to learn that traditionally Oktoberfest begins the last week of September and goes through the first week of October. The reason for this is because, as mentioned, this is the harvest festival where the locals celebrate a bountiful year and there is even a high mass thanking God for his blessings. This year, 2018, Oktoberfest begins 22 September at 9 am with a parade through Munich and the tents are open to patrons.

The schedule of events may change from year to year but there are always traditions to be followed. For example, the tapping of the first barrel of Oktoberfest beer conducted by the Mayor of Munich is an annual event. The concerts, masses and closing gun-salute on the Bavarian Monument steps are also annual events. This year, the festival ends on Sunday 7 October but in between, there are days to watch for when rides and performances are offered at reduced rates. This year’s calendar can be found here.

If you haven’t made your flight or hotel accommodations in time to enjoy this year’s Oktoberfest, you may want to plan for a Christmas holiday in Munich. No, there aren’t the same kind of festivities to enjoy, but Munich is renowned for its globally acclaimed Christmas Market. Here, the shops are all decorated in grand style but merchants and artisans also set up in brightly lit and gloriously decorated stalls outdoors. It can get a bit chilly, but it’s cold in England as well, so you will surely come prepared to dress warmly.

Still, Oktoberfest is something that everyone looks forward to, so if you don’t have your arrangements made on time, why not start booking for next year’s event? There’s plenty of time for that and if you really have your heart set on Munich, start with that quick jaunt at Christmas and then you’ll know why you should plan ahead for next year. There’s nothing quite like the festivities of the autumn harvest, even if you aren’t a beer drinker. It’s fun for all so bring the entire family. Isn’t it time to enjoy the world’s largest fair?

4 reasons you may be involved in a medical negligence case

4 reasons you may be involved in a medical negligence case  The importance of our health and wellbeing has never been more prevalent. Which…