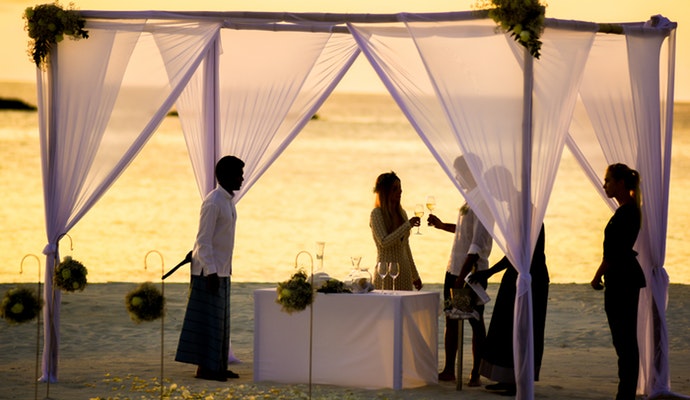 With wedding season in full swing it’s got us thinking: what does the modern marriage look like in 2017? From traditional ceremonies to modern weddings that are ahead of the times; everyone’s special day is different. Although sometimes they don’t always have a happy ending (and if you do need some help and support check out: www.slatergordon.co.uk) marriage is the perfect way to cement your love and commit to your other half.

According to a recent survey, 69% believe the main reason to get married is commitment to a relationship whilst 67% believe there is less pressure to get married now than there was 10 years ago. More and more couples choose simply to live together instead of ‘putting a ring on it’ and with the cost of weddings racking up who can blame them for putting their money to something else?

For those that do decide to tie the knot it’s not all about the big white wedding in the church. Whilst a lot of couples do decide that the traditional route is for them, 53% of people surveyed believe they would (or did) choose a civil service over a religious one. And with alternative weddings becoming more popular (you can get hitched anywhere from Vegas to mid-skydive) it’s no surprise that there are now more businesses than ever dedicated to making your dream wedding a reality.

As the times have changed as have the taboos. Divorce is more than accepted and for most people it is something that they’ve had some degree of experience with. It’s not all doom and gloom either with ‘divorce parties’ becoming a thing thanks to celebrities such as Brad Pitt and Katie Holmes reportedly throwing a bash to celebrate their new-found freedom. On a brighter note same-sex marriage has been legal in England, Wales and Scotland since 2014 which is arguably one of the biggest evolutions in marriage in this part of the world.

What are your thoughts on #TheModernMarriage?

Simple Solutions to Improving Your Business

When it comes to improving your business efficiency is the name of the game, and regardless of the size of your business, you have…