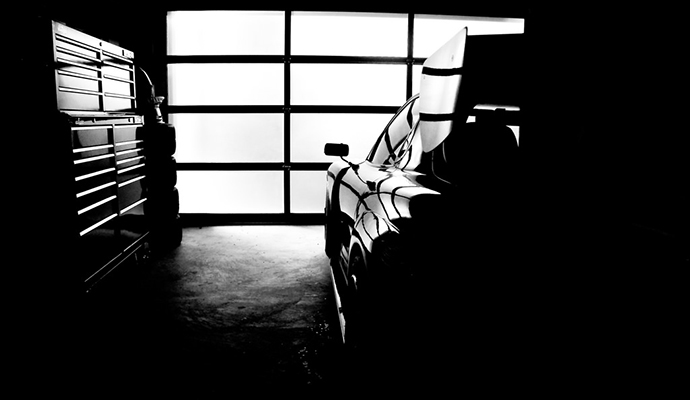 “Cylinder Deactivation” is a technology that has been around for decades.  It’s a pretty simple way to make an engine save fuel.  Let’s say you have an 8 cylinder engine.  With cylinder deactivation technology, you use all eight cylinders when full power is needed (i.e. when you are passing) and when you don’t need power, you “deactivate” half of them so only 4 are needed (i.e. when cruising).  The service technicians at Kernersville in Kernersville, NC, a Chrysler, Dodge, Jeep, Ram dealer, helped explain to us the how it works:

In typical light load driving with big engines, only about 30 percent of an engine’s potential power is needed. This is because under these circumstances, the throttle valve is only slightly open and the engine has to work hard to pull air by it. The result is an inefficient condition that engineers refer to as “pumping loss”.  Pumping losses occur because some of the power that the engine makes is used to overcome the drag on the pistons from fighting to draw air into the engine. When you deactivate some of the cylinders in an engine under a light load, it forces the throttle valve be opened more fully to create constant power and allows the engine to breathe easier. Better airflow reduces associated pumping losses and the vehicle gets better gas mileage.

Cylinder deactivation is simply shutting off the intake and exhaust valves for a particular set of cylinders in the engine.  If the intake and exhaust valves are shut off, the cylinder is deactivated. Typically valve actuation is controlled by using solenoids to change the oil pressure to the individual lifters.  By keeping the intake and exhaust valves closed, it creates an “air spring” in the cylinder.  The trapped air is compressed during the piston’s upstroke and pushed down on the piston during its downstroke. The compression and decompression of the trapped air has an equalizing effect so there is virtually no extra load on the engine.  In conjunction with keeping the intake and exhaust valves closed, fuel delivery for each deactivated cylinder is cut-off by electronically disabling the appropriate fuel injection nozzles and the spark plug is disabled. The transition between normal operation and deactivation is smoothed out by subtle changes in ignition and camshaft timing as well as throttle position all managed by the car’s CPU.  In a well-designed system, the switching back-and-forth between both full power and deactivated modes is so seamless that the driver is unaware that anything is occurring.

Cylinder deactivation has been only used on a handful of car models over the years.  In the early 80s, Cadillac had a cylinder deactivation technology that could disable 2 to 4 cylinders of their V8 engine.  Designed in conjunction with Eaton Corporation, the “V-8-6-4” system which used the industry’s first engine control computer  to switch the engine from 8- to 6- to 4-cylinder operation depending on the amount of power needed. In the early, 2000s, DaimlerChrysler introduced their Multi-Displacement (MDS) system and today Honda offers their Variable Cylinder Management (VCM) system on select models.

How To Plan The Perfect Honeymoon In 2018

Planning the honeymoon is all part of the wedding planning process. When surveyed, 99% of couples who choose a traditional wedding said that they’d…