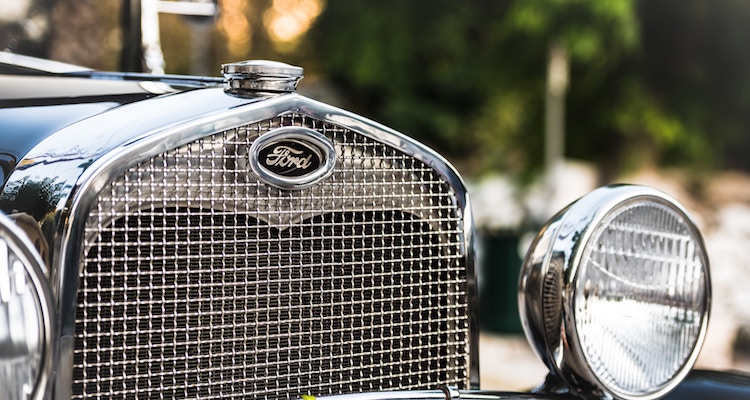 From 1908 until 1927, the Henry Ford’s Model T automobile changed the United States in profound ways. It was the first automobile purchased by a huge numbers of Americans and they loved their Model Ts.

But times change and by the late 1920s, Model T sales began to slow. The folks at Winner Ford of Dover, DE, who assisted us with this article, explain that “no longer was Ford the only game in town” and the other manufacturers of automobiles were offering models with more creature comforts and more modern styling. Ford was being left behind.

In 1927, Ford realized that he needed to act and he halted production of the Model T. This allowed engineers to focus on the design and retooling of a brand new Ford automobile: the Model A Ford. Unlike the Model T, which was the result of an evolving design process, the Model A was designed completely from the ground up. It offered new features like four-wheel brakes, a gear shift (previous transmissions were pedal operated), hydraulic shock absorbers, an electric starter and gas gauge. The best part was that the styling of the Ford Model A, thanks to Ford’s son, Edsel, was “modern” compared to the antiquated Model T.

Shortly after the Ford Model A was made available to the public in 1928, orders for the new car far exceeded the supply available. Ford scrambled to increase production and by mid-1930, Ford was churning out 9,200 cars per day. During its four-year production run, from 1928 until 1931, the Model A would be offered in a wide variety of car and truck body styles. Bodies offered were: Tudor Sedan, Town Car, Phaeton, Roadster and Coupe. Truck bodies included: Open Cab Pickup, Closed Cab Pickup, “A” Panel Delivery and “AA” Panel Delivery.

Midway through the cycle of the Model A, the stock market crash of 1929 occurred. Like the rest of the country, the Ford Motor Company would endure the effects of the Great Depression. Suddenly a great deal of America could no longer afford an automobile. Ford reduced their prices considerably but continued to see a steady decline of new car sales, as did the rest of the US automobile industry.

Perhaps learning from his error of sticking with the Model T too long before releasing a new model, Henry Ford and his son Edsel had been actively working on a new design and a new engine for 1932. The successful development of the new V8 Ford for 1932 would ultimately put an end to the short but highly successful run for the Model A Ford.

During its production run from 1928 until 1931, 4,320,446 Model A Fords were produced. Today they may be the most popular classic automobile to restore as replacement parts are easily obtained.