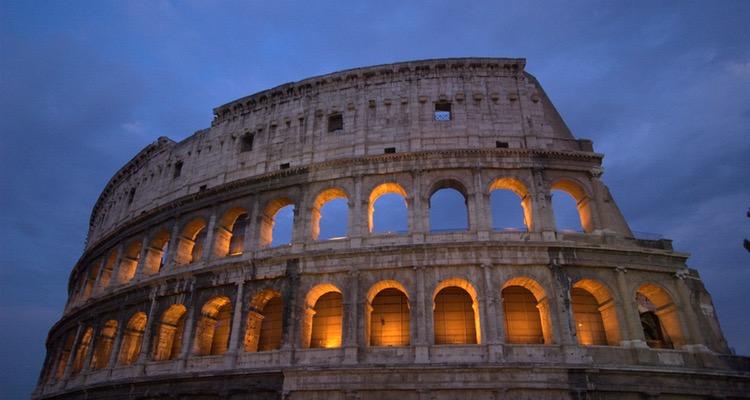 If you try to research attractions in Rome you’ll be greeted with an overwhelming list. To help you decide on your plan of action during your next stay there, here are the top 9 must-see places you should head for…

This magnificent, ancient structure has witnessed some of the bloodiest gladiatorial battles to ever take place. The epitome of great Italian architecture, this is one the whole family should be able to admire.

What important meetings about Rome’s future and dangerous battle tactics were devised within the Roman Forum are long forgotten, but the beautiful structures of this area still stand. Previously home to markets, meeting places and shrines of worship, this vast area contains excellent archaeological examples of everything from temples to government buildings.

You’ll need to take a short walk out for this attraction, but it’s well worth the effort. You’ll be able to explore the Palace of Domitian, the House of Tiberius and the Temple of Apollo Palatinus at your leisure, as well as several other buildings and museums on the site.

For anyone who loves classic Renaissance frescos, you’ll be pleased to know that Rome is home to some of the finest examples on earth. Regarded as one of the holiest Catholic shrines in the world, Christians from across the globe flock here in the millions each year to pay their respects, but you can check out the famous Sistine Chapel creations by Michelangelo, as well as masterpieces by Maderno and Bernini too.

Once you’ve taken in St Peter’s, you’ll find the Vatican Museums just next door. Home to over 70,000 works, it’s a truly mammoth collection built up by Popes throughout the centuries.

You’ll probably want to take a break and indulge in a little retail therapy while you’re in Rome, but even when you stop for a coffee by the fountain there’s plenty to see. Completed in 1762, the Trevi Fountain showcases many intricately sculpted figures for you to feast your eyes on.

It’s hardly surprising that in such a romantic and magical city, classical concerts in Rome are performed in a truly unique way. Dubbed the “opera under the stars”, those who want to take in an aria or ballet performance in style can do so at Terme di Caracalla – Rome’s open-air amphitheatre.

If you’re looking for somewhere restful for a light lunch or coffee, you’ll find no better place than the elegant and calming surroundings of Piazza Navona. Whether you’re using it as a meeting place, or watching the street entertainers, it’s worth a few minutes to take in the beauty of the space.

Previously a Roman temple but now a fully functioning church, the Pantheon is another iconic image synonymous with Rome. Probably due to its continuous use since it was completed around 126AD, it’s the best-preserved ancient building in Rome.

Do you have any more attractions to add to my list?

Long ago, gaining entry into and starting a vehicle required a simple key.  The lone security feature was the profile on the key blade,…