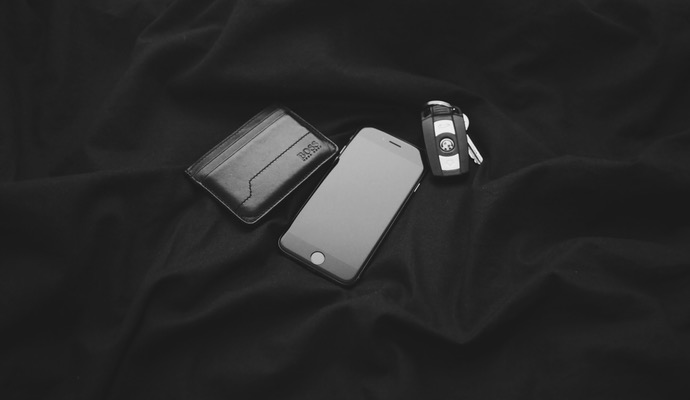 Long ago, gaining entry into and starting a vehicle required a simple key.  The lone security feature was the profile on the key blade, which was appropriate security in almost all situations.  However, car thieves got better at their art and car manufacturers responded with more high-tech keys, in particular, electronic keys.  Today we have many different kinds of car keys to discuss and this article will help you understand the types you might come across in new and used cars.

You might tell a laser-cut key from a basic key because the shank is thicker and has less grooves. Laser-cut keys are typically referred to as “sidewinder keys”, because of the distinctive winding cut on the blade. The machines necessary to cut the keys are more expensive than a basic key-cutting machine and aren’t as likely to be found at every locksmith or hardware store. Laser-cut keys almost always have built-in transponder chips and have to be programmed at the dealership or by a locksmith, if lost.

Around half-way through the 1990s, the big car manufacturers began putting a transponder chip in a key’s plastic head. The chip emits a signal to a receiver in the vehicle’s ignition. If the receiver detects the incorrect signal — meaning that the wrong key has been placed in the ignition — the car will not start.

Smart keys aren’t keys in the usual mechanical sense. They are fobs that are either inserted in the dash or, in more advanced systems, they can stay in your pocket or purse. The driver just turns the car on and off with the press of a dashboard-mounted button when a smart key is sensed on the person.  A smart key’s interesting form of security is its ability to make use of rolling security codes.

Switchblade keys have shanks that fold into the fob when they are not in use. Then, they pop out with the press of a button. They can have either a basic cut or a laser cut. One advantage of the switchblade key is that its components can be bought by themselves, if that appeals to you; if for some reason the key is damaged and is no longer functioning, you can buy the shank separately.

There is no denying that modern keys are expensive. And so the best defense against losing them is a great offense. It’s better to get a spare key now, on your own terms, than to stress out and spend the money in what could be an emergency. You should take advantage of the cost-cutting methods here, and avoid the labor charges, by choosing to program the key yourself. Because, why not?

Thank you to the car and financing experts at Mr. Ed for their help with this article! We hope that you enjoyed it, and will send your friends and family members to it if they’re interested in learning about the history of car keys!