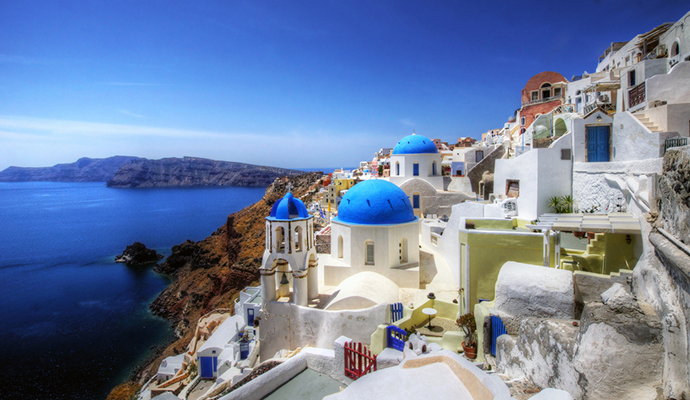 The state of the Greek economy has been a hot button topic around the world over the last few weeks, because it is having a major effect on international markets, and an end doesn’t seem to be in sight. With their economy on the verge of a collapse, the Greek authorities are still trying to figure out what to do in order to save their economy.

In 2010, the economy was bailed out by members of the European Union, and those loans are still unpaid, which is what makes this a very delicate situation for the Greeks. On one hand, the EU is offering to extend the bailout loans that they gave Greece by six months, but it means that the Greeks will have to accept the conditions that come with the extension, which is something they have been reluctant to accept. While the citizens are not willing to accept the conditions laid out by the European Central Bank, the government is unsure of the next step, because they believe that the economy will collapse if they don’t accept the loan and terms.

Another option that the Greeks are contemplating if they can’t get another bailout, is to default on their loans, and abandon the Euro as their currency. This is the worst case scenario for all the other member countries in the European Union, because if Greek is allowed to default on their loan and leave the union, there is a fear that bigger countries that have accepted loans will do the same thing, which will effectively lower the value of the Euro, and put the currency in danger, as well as the economies of the countries that use it.

If Greece were to abandon the Euro, the ramifications won’t be limited to just Europe, it will be felt by all the big economies in the world, like the United States and China. It will lead to political unrest in Europe, because the European Union has a lot of detractors, who would try to turn the situation into something they can use to further their propaganda.

If Greece were to leave the European Union, there is talk of them accepting Russian aid, which will confirm the Russian theory that the EU is falling apart, and could eventually lead to the end of the European Union, and throw the continent into financial chaos. It will also make the banks that issued them insurance during the 2010 crisis pay out billions to cover the losses created by them defaulting on their loans.

The Greek authorities are still trying to figure out the best way to handle the situation they find themselves in. The citizens may be against getting more bailout money, but the leaders have to decide if they want to receive money that can help them stabilize the economy, or if they want to watch their economy crash and try to recover from it without the help of the big European countries.