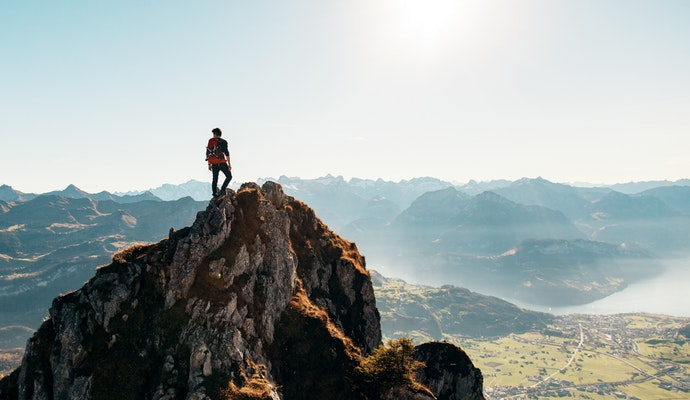 The summer holiday is just around the corner and parents have already started racking their brains about how they can make it fun and entertaining for their children. If you are worried about not being able to afford an expensive holiday because of financial restrictions, then not to worry, we have come up with some of the best destination spots in the UK that we think the kids will enjoy and best of all it won’t break the bank! The aim of this post is to provide cheaper alternatives for an amazing family staycation.

Northumberland is a nice quiet region with something for everyone, if you don’t want to relax on the sandy beaches then maybe you want to take a boat out from the Seahouses to the Islands. If that’s not your thing, then maybe you’d rather visit the Bamburgh castle with beautiful views of the sea. If you are a fan of the Harry Potter series, then you might also want to visit the Alnwick Castle where some scenes from the movies were filmed.

Holidaying in Devon offers visitors a wealth of choices for your family, from the sunny beaches of Woolacombe and Ilfracombe to exploring the vast expanse of Exmoor. If you have time to spare after exploring Devon, you can pop round to the surrounding communities like Exeter, Plymouth and Salcombe with attractions of their own.

If you have an active family that also loves adventure, then you will love the Lake District! This is the largest national park in the UK so as you can imagine it is a popular destination for families. Some of the most popular attractions in the Lake District include the Grizedale sculpture trail, for fans of literature they can visit the home of Beatrix Potter. If you’re still not sold, there’s also mountain biking, climbing, walking, kayaking and so much more.

Blackpool is a seaside town in England, it rests on the Irish Sea coast of England and is best known as a major tourist attraction in the UK. It is the home of Blackpool pleasure beach and its old-school amusement park. There are various Blackpool attractions available for children and adults alike, from over 350ft high in The Blackpool Tower Eye to down in The Blackpool Tower Dungeon to spend an hour with the plague doctor and the torturer. If you’re still not sold on Blackpool then you should also consider SEA LIFE Blackpool with over 2500 underwater creatures and Madame Tussaud’s Blackpool with popular musicians, movie stars, sports stars and even comedians.

This goes without saying, but as one of the most recognised cities in the UK, London of course does have something for everyone. From sightseeing one the buses to seeing sights from the London eye. From exploring the streets of London to exploring deep down in the London dungeon. From the Natural History Museum to the London Science Museum, and, the sent part of it all is they are both free!

Are you tired of deadlines, or bored of gloomy grey skies? If you’ve had enough and you’re dreaming of an exotic escape, why not…