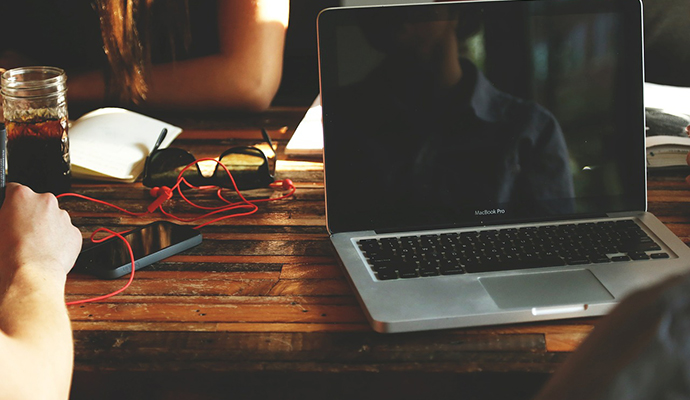 The MacBook Pro line has been a very successful one for Apple, because they are well designed, and were always ahead of the curve, which is why the older versions still compare favorably to some of the newest laptops on the market.

The new 2015 MacBook Pro seems to be keeping with the Apple tradition. It is very well designed, and it comes with the fifth generation Intel Core I series processor, which is also known as Broadwell. The new MacBook Pro has also been fitted with the new Apple Force Touch trackpad, which is a clickless touchpad that has four sensors, and was one of the biggest highlights of the 12 inch MacBook.

The 2015 MacBook comes with a 15 inch screen, but it keeps the same slim look that people have become used to when it comes to Apple computers. It is constructed from flex free aluminum, and is very durable, it has the same backlit keyboard that Apple laptops come with, and it weighs 4.49 pounds, making it very easy to carry around.

The MacBook Pro comes with Retina Display, which gives users very impressive images that are better than 1080p, and provides you with great clarity when watching videos and clips. When it comes to the connections on the MacBook Pro, you get two USB 3.0 ports, an SD card slot, and two thunderbolt 2 ports, as well as 802.11ac Wi-Fi, and Bluetooth.

When it comes to the battery life, Apple claimed that the new MacBook Pro can last up to nine hours, which was very accurate. As a matter of fact, the battery lasted 9 hours and 10 minutes with continuous web surfing, which is very good.

The MacBook Pro has the AMD graphics card, which is great for high end video and photo editing, but it isn’t as impressive when it comes to gaming, even when it comes to playing the latest video games. If you aren’t really into gaming, this isn’t that big a deal.

The Apple MacBook Pro isn’t the flashiest, but it is a very powerful laptop that is very light and easy to carry around. It is a perfect laptop for people who are interested in photography and video editing, but you might want to stay away if you are into gaming.

5 Mistakes to Avoid When Selling Your Small Business

Selling your small business requires a lot of due diligence on your part, which is why the business advisors at BCMS (https://www.bcms.com/gb/en-gb) recommend you…