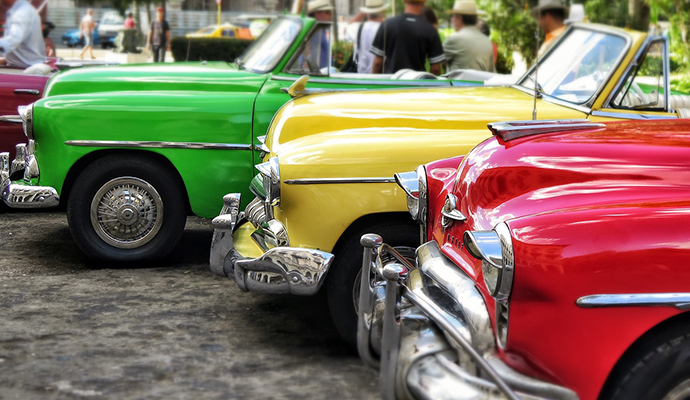 If you’ve always dreamed of going back in time, you’ve probably thought it impossible without the use of a time machine. Thankfully, you don’t have to wait for science to catch up with science fiction if you want to visit a bygone era.

Here are FOUR vacation destinations that are a step back in time.

Jerusalem’s location as a meeting point of the continents of Europe, Africa and Asia long left it to be considered as the center of the world. For the time-travel seeker, it holds great appeal as being a destination that can feel like stepping back to the birth of Christianity and Islam. You can see the place where Christ was apparently crucified, where Muhammad was said to have risen to heaven and where the Jews built their temple. The Western Wall, the Church of Holy Sepulcher and the Temple Mount with the Dome of the Rock represent all thee major religions and wandering the narrow streets of the Old City past towering stone walls and ancient buildings will make you feel as if you are stepping straight into a page from the bible.

The United States embargo against Cuba implemented 50 years ago left the island in a 1950s time warp, isolating it from many modern developments. American-made classic cars line the cobbled streets of Havana and colossal churches loom over Art Deco buildings. That makes the capital city the perfect place to step back into not just the 1950s, but also experience what life was like on a communist island. President Trump may have tightened up the loosening of the embargo that occurred under President Obama, but you’ll still need to get in quick as Cuba’s greater access to the modern world means that it won’t stay in its time warp for long. Check out Caribbeansbest.Org for more about visiting the region.

Mackinac Island in Michigan offers an escape from cars as you travel around a 2,400-acre isle that is home to a population of just 500 people by horse-and-cart. You can take a carriage tour to learn about the islands history and see the quaint Victorian architecture. At Fort Mackinac, you’ll find one of the only completely Revolutionary War Forts, Mackinac Park is home to several buildings from the original downtown and you can even stay in the 1887 Grand Hotel which features the longest front porch in the world.

Egypt offers an escape to an ancient world full of pharaohs, pyramids and some of the grandest sights on the planet. Situated just outside the capital of Cairo is the Great Pyramid of Giza, one of the Seven Wonders of the World. Completed in 2540 BC, for over 4,000 years it was the tallest man-made structure in the world. Other sights in the area include the Valley of the Kings and the Sphinx at Giza, making it the perfect place to experience ancient civilization from many millenniums ago.

Modern Technology to Safeguard Your Home

Your home is your place of refuge. Its worth protecting, and with the modern advances in home security technology, there are more options than…