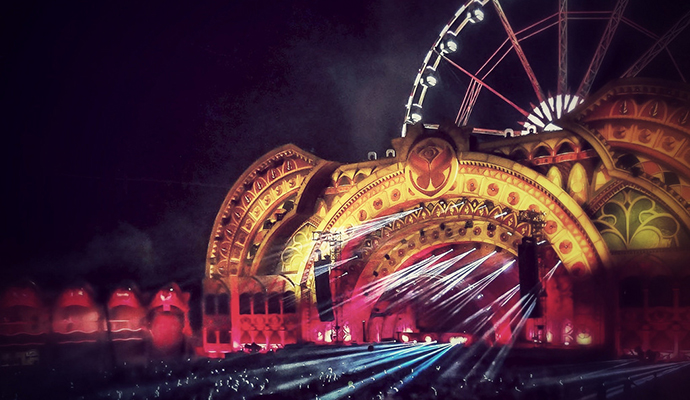 Dance festivals are a lot of fun to attend, especially when you are with friends, because it allows you to enjoy the experience of listening to some of your favorite artists with people who appreciate the same type of music you do. Every year, there are a lot of great dance festivals all over the world, featuring some of the biggest recording artists in the world, and some lesser known artists. People from all over the world flock to these concerts to enjoy both the music and the experience. For those of you that are interested in attending a dance festival in the near future, we have created a list of the top 5 dance festivals in the world, which is listed below.

This festival is held annually in Barcelona, Spain. It is a three day event that features some of the biggest names in electronic music. The 22 year old festival is one of the biggest dance festivals in the world, with over 150 artists in attendance this year. And if you enjoy electronica, it is a festival that you can’t afford to miss.

This festival is held annually in Suffolk, UK. It started in 2006, so it isn’t as old as the other festivals on this list, but it is still one of the biggest dance festivals in the world. It is a festival for indie music fans, so if you aren’t familiar with the genre, you won’t know the names of some of the artists that headline the event. The festival also has a family friendly vibe, making it one of the few dance festivals you can go with the whole family.

This is probably the biggest dance festival in the United Kingdom, and it takes place annually at Somerset. It is a dance festival that features some of the biggest names in the music industry, and different genres of music, so there is something for everybody.

This is another annual festival held in Barcelona, Spain, and it usually kicks off the European festival season. This is the concert you go to if you want to see the reunion of an old band, or some of the best up and coming talents in the music industry. The music and atmosphere at the Primavera sound festival makes it the best dance festival to attend.

Hidden Islands You Need To Visit Around The World

When it comes to planning a vacation, some people try to avoid popular tourist destinations, because they tend to get overcrowded, which ruins the…