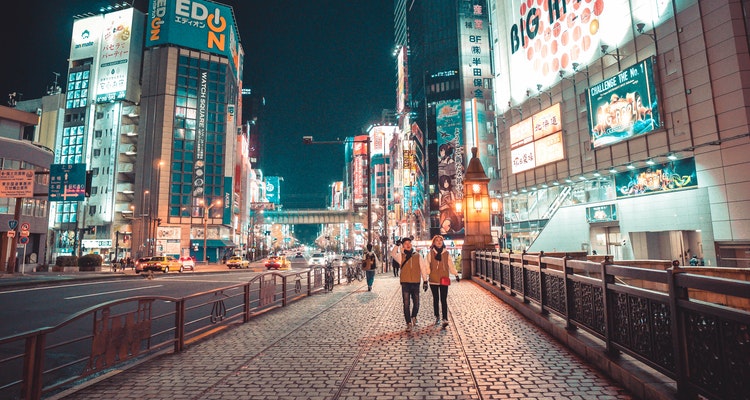 Why aren’t more American cars sold in Japan? Many believe that the answer to this evolves around trade policy and tariffs. And while that is partially true, the real answer involves a multitude of factors. In this article, we will look a few of them.

Japan’s automoble sales model is somewhat different than that of the rest of the world. In Japan, car dealers build very strong relationships with their customers. It might be similar to the relationship you and I have with a local merchant, a merchant that you genuinely enjoy doing business with. Here’s an example: after a purchase, a Japanese car dealer continues the relationship by staying in touch with the customer. This may be by offering free car washes, promotional products and even informal meals, back at the dealership. Basically, Japanese dealers work hard to win a customer’s loyality in the hopes that the customer’s relationship will be lifelong.

Yes, there are some laws that affect American car sales in Japan. Perhaps the most significant is that there is legislation in Japan that prevents existing domestic car dealers selling other car brands. Evidentally, Japanese lawmakers prefer dealers that concentrate on a single brand of automobile. The result of this legislation is that it’s difficult to penetrate the Japanese market by leveraging existing dealers.

There are also some historical reasons that make it difficult for U.S. automakers to sell cars in Japan. It basically has to do with the way that Japanese citizens view foreign car manufacturers. The reson is historical. Our subject matter consultant at Warren Henry Infiniti of Miami, FL, explained that after World War II, most of the foreign car manufacturers left Japan and this set up a marketplace where all the domestic brands competed with each other. As a result of this, domestic automotive quality grew better and better until the Japanese were making extremely well-built cars and trucks. Naturally, there was a strong momentum to “buy domestic” among the Japanese simply because they made extremely good cars.

Its all too easy to state that the reason more American cars aren’t bought by the Japanese is due to simple trade policy and tariffs. After analysis, it turns out that the situation is more complex and needs to be addressed on multiple levels.

Why Business Image Matters So Much For Customer Retention

How important is business image to your success? If you’re an entrepreneur, the answer is probably “very.” But why is that? Let’s take a…