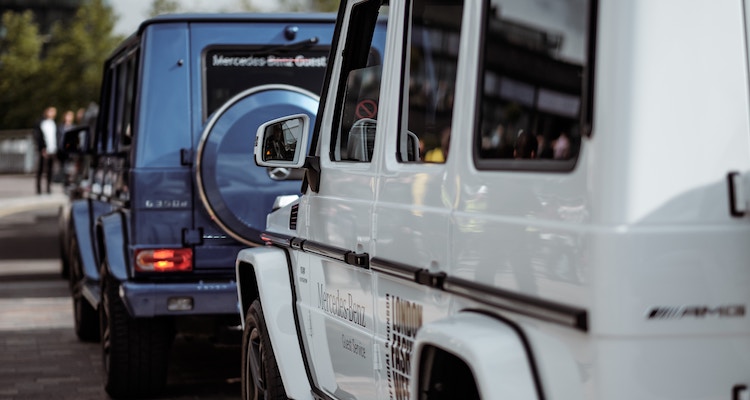 What’s the difference between all-wheel drive and four-wheel drive? They certainly sound similar to one another, what with four-wheels usually being all a vehicle is bound to have. That being said, there are some differences between the two that can affect how a car drives. With some technical help from Steve Jones Chrysler Dodge Jeep Ram (Owensboro, KY), we will explain what you need to know about these two systems.

All-Wheel Drive works with little to no input from the driver, instead relying on a series of viscous couplings and differentials to distribute power to all the wheels for optimized traction. There are two forms of all-wheel drive, full- and part-time. Full-time, as its name implies, is always sending power to all of the wheels while part-time only sends power to the driving wheels until the road conditions require extra traction and control. This is usually determined by a series of sensors that constantly monitor the state of the road.

So what’s good about all- and four-wheel drive? Well, all-wheel drive is automatic, requiring no input to work and comes in a wider variety of vehicles from compact sedans to SUVs. On the other hand, four-wheel drive opens up a wider variety of conditions you can traverse, taking adverse conditions with relative ease compared to other drive systems. Neither is going to outdo the other by any noticeable amount when it comes to fuel efficiency or cost either, though that’s not generally the first consideration when looking for a powerful powertrain.

So which would be better for you, all-wheel drive or four-wheel drive? The answer to that comes down to the where you live and where you plan to drive. For those with little to no off-roading in mind, who only have to the occasional slick road to deal with, and want to have the largest selection of vehicles to choose from, then all-wheel drive is probably the best bet for you. This will get you the increased traction you need without comprimising your overall ride experience, with the added bonus of working automatically instead of requiring input. For those living in more remote areas, or who can’t let any kind of weather get in the way of their work, or just want to spend some time behind the wheel in a place where pavement’s never gone, a four-wheel drive system is going to be more in your wheelhouse.

4 Tips for a Better Sleep

How many times have you gotten up in the morning, only to feel like you haven’t slept for more than an hour or two?…