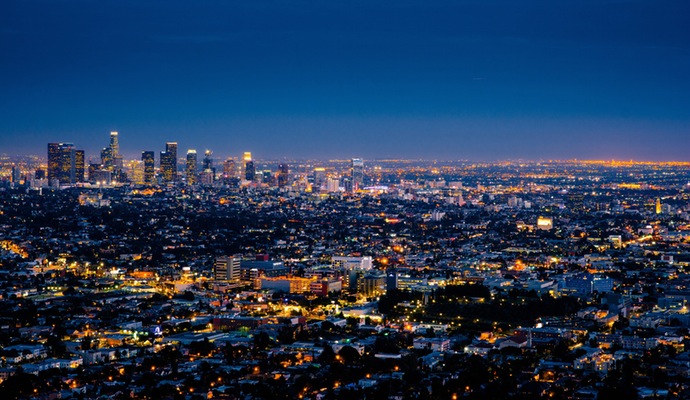 How important is business image to your success? If you’re an entrepreneur, the answer is probably “very.” But why is that? Let’s take a step back for a moment and look into the economics of the modern startup. Startups usually arise in the most innovative sectors of the economy. Today, that’s in places like software, AI, data analytics, biotech, robotics, education, and finance. But it wasn’t always that way. Go back a century, and the most innovative companies were starting in places like the food industry and logistics. The point here is that startups are usually found in places where there aren’t large, dominant industries. They carve out a new market for themselves, usually because of some disruptive technology. At the turn of the twentieth century, that disruptive technology was the internal combustion engine. Today, it’s the internet.

Branding always seems like it’s super important to business. But that’s because new companies are always flooding to the most crowded sectors of the economy. The general economic trend is actually the reverse. As markets mature, they are dominated by fewer and fewer companies. Just look at how Walmart dominates groceries, Amazon, online deliveries and Google, internet search. Of course, facts like that are ominous for small businesses. That mature industries host only a few players means that the vast majority of brands disappear.

So what can the average small business do about it? When the marketplace is crowded, consumers end up with a lot of choice. We’d like to think that they make their decisions based on a rational calculation of costs and benefits. But the reality is that many don’t. Instead, they make their decisions based on gut feeling or response to branding. Thus companies have come to rely more on their brand identity than ever before. And that would explain why design is now so critical for business success. In a word, companies that look good tend to do better than the competition.

How does business image enable customer retention in 2016?

Building a successful brand comes down to developing a significant degree of trust. Customers don’t just want businesses to be there for them for the sale and then leave them in the dirt. They want companies that will support them throughout the use of the product. That’s why the best companies always offer ongoing to support to customers using their services. Customer support helps to build trust by showing the real character of your business. You’re not just in the game to make a quick sale. You’re there to make sure that customers get a great experience. Keeping customers happy bodes well for the future. Customers who feel supported throughout their purchase are more likely to make recommendations. And businesses are more likely to refer you to other clients.

In the 1970s, a company that cared about corporate responsibility was as rare as a Madagascan pochard. But now, they’re all the rage. But why? It all has a lot to do with the changing demands of customers and the leaders of companies themselves. Caring about Mother Earth was considered way out there back in the past. But now being a hippy has gone mainstream. One company that has done a lot on the social welfare side of things is the company behind Nakd bars. Nakd bars, for those of you that don’t know, are whole food snack bars made from dried fruit and nut. The company wants to be able to bring what it claims are healthy snack foods to the masses. And it wants to convey the message that none of its products involve the harm of animals or degradation of the environment.

One of the reasons social responsibility didn’t enter the picture in the past was because it was just so expensive to do. Consumers simply wouldn’t pay higher prices when they could get the same thing down the street for less. But customers’ tastes have changed. And now many are willing to pay over the odds for something that is ethically sourced or sustainably produced. Companies know this too. And many charge a premium for compassionate products. Some even send proceeds to charity.

In today’s digital economy, it’s really hard to keep a cap on negative information. Customers who have a bad experience can quickly go to a review site and rate your business poorly. And this can quickly damage your reputation, even if the criticism is unreasonable. Often, no amount of branding can undo the complaints of customers. Customers tend to trust each other a lot more than they trust what your business says. And as a result, they’re more likely to listen to each other than to you. That’s not necessarily a bad thing, mind. After all, if you do a good job, the opposite will be true. Customers will leave good reviews, and they’ll recommend you to a friend. Keeping customers, therefore, requires excellent service.

Do What You Say You’ll Do

Small businesses love to talk the talk. They’re often desperate to land their first few clients. And, as a result, they’ll offer them the Earth. But this comes with some rather nasty side-effects. One of those side-effects is the perennial problem of not keeping your promises. This sort of things happens in business all the time, even with more established players. They offer a degree of service that will beat out the competition, but in the process, they set themselves up for a fall.

Events like these can really do a lot of harm to your business. If you make a promise to a client, the client will expect you to keep it. But making a promise that you can’t keep is just the same as telling a lie. Not keeping a promise will destroy the trust that you have built with your customers. And it could lead to a chain of negative reviews and consequences.

To prevent this from happening, be transparent and honest from the outset. Customers are getting savvy to businesses that claim to offer them everything they want on a plate as if by magic. They’re far more likely to take you seriously and trust you if you spell out your limits.

How to Deal with a Workplace Injury

Every workplace has an element of inherent risk attached to it, but that doesn’t mean you should expect to get injured in the line…