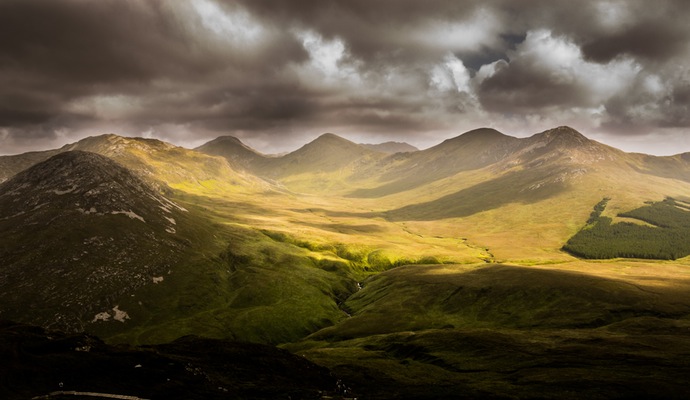 Does it seem that the national media is always reporting extreme weather somewhere? Some say it’s worse today due to global warming but we’ll leave that to the experts. What we do know is that most areas of the country are subjected to nasty storms at some point and, unfortunately, some drivers find themselves on the road when it happens.  If this is ever you, we asked Dulles Motorcars of Leesburg, VA, a Chrysler, Dodge, Jeep, Ram dealer, to give us a few suggestions on how to get to your destination safely.

Don’t drive through pools of water – You’ve probably seen on TV when drivers get their car stuck in the middle of an area flooded with water. This situation can be very dangerous and many have lost their lives when it happens. The argument is simple: because you don’t know what is under that water surface, don’t drive through it. Stop and find another route around the water. It may take you a little longer to get where you are going but you might be saving yourself from a bad situation.

Drive slower – During a storm there’s going to be a lot of standing water on the road.  These are conditions that invite skidding or “hydroplaning.” Hydroplaning is when you are traveling so fast that your tires skim across the surface of the water, a situation causing loss of control. It’s a dangerous situation, so do yourself a favor and go slow.

Watch for high winds – If you are driving a car, you probably don’t have to worry about being blown around on the road. Unfortunately, that does not apply to large box trucks and vans. Because these vehicles have large surface areas on their sides, they can be blown around during high winds. Why is this so important? Because you might be OK but you don’t a semi to get blown in your path. Don’t risk it. Avoid driving in areas with high winds until the storm has passed.

Keep a distance – You know that tailgating is a bad idea, but it’s especially bad in storms. It is suggested that you modify the “two second rule” (the recommended safety buffer between cars) to a full four seconds during storms.  This will give you and other cars more time to react if you need to swerve or stop quickly.

Have good tires – Are the tires on your car heavily worn? This unfortunately is the case for a lot of drivers because they are putting the purchase off. When the weather is fair, worn tires may not present a serious hazard but when it turns wet or frozen, it’s an entirely different matter. Think of your tires as safety equipment because that’s what they are in a way. Would you drive a car without seat belts? Probably not, so it’s smart if you don’t drive on worn tires.

Planning a birthday party can be fun, but it can also be a lot of work, especially if you wait until the last minute….