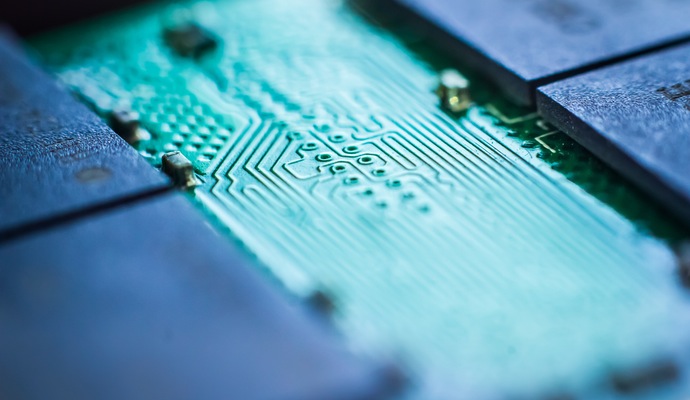 If you were to look at manufacturing technology a decade ago, it would be totally unrecognisable. These days, an increasingly automated secondary sector has gradually been chipping away at human intervention and error, and these days you can manage a whole production line simply by tapping buttons on a touch screen. If you feel like your own manufacturing process has got some catching up to do, here are some technologies to look into.

First of all, a piece of tech you’ve almost certainly heard about: 3D printing. Since it was first publicised, 3D printing has captured the imaginations of business owners and the public alike. There hasn’t been something this revolutionary since the release of the personal computer and internet access. Far past its primeval stage, 3D printers are now able to produce almost any component from metal, plastic and a range of other materials. Now that the technology is out, it’s completely revolutionised the way designers and engineers go about their work. If you’re running a build-to-order operation, and you’ve noticed your prototyping phase is taking up far too much time, then 3D printing is certainly something to consider.

Next, manufacturing operations and execution software. While not quite as exciting as creating anything you want with a 3D printer, these programs have made some seriously considerable leaps in the way of optimising manufacturing processes. With some good manufacturing operations software integrated into your business, you’ll be able to see the whole process from raw materials to finished product lain out in a clear, easy-to-digest dashboard. From then, you’ll be able to analyse your labour, scrap, downtime and other costs, and then go through the production process to fix the issue at its source. You’ll also be able to reap in the benefits of a paperless workflow, and wave goodbye to those tricky inventory problems with a “just in case” inventory model. This tech is already becoming a given for a lot of manufacturers, so don’t miss out!

Finally, nanotechnology. While this technology hasn’t really landed yet, it’s definitely on its way. Several big players in manufacturing are already taking steps to secure their own nanotech deals, and when the revolution kicks off I’m sure you don’t want to be left behind. Nanotechnology constitutes the manipulation of atomic, molecular and supramolecular structures. This is expected to lead to a new generation of super-precise manufacturing, with a massive range of applications. As always, the more cutting-edge, government-backed sectors have had first dibs on this exciting development. Nanotechnology is already being used for a number of tasks in space engineering and biotechnology. Once more research is done and the kinks ironed out though, this new science is expected to have a massive impact on every manufacturing process there is. Some applications include creating faster computer processors, bandages that heal wounds faster, and even clothes that keep people cool in hot weather!

Hopefully, this post has opened your eyes to some of the technologies your company could be benefiting from. Do your own research, find the tech that’s best aligned to your model, and seize it immediately!

The Samsung Galaxy Note 5 is the latest version of the very popular Galaxy Note phablets, and despite the fact that it is still…