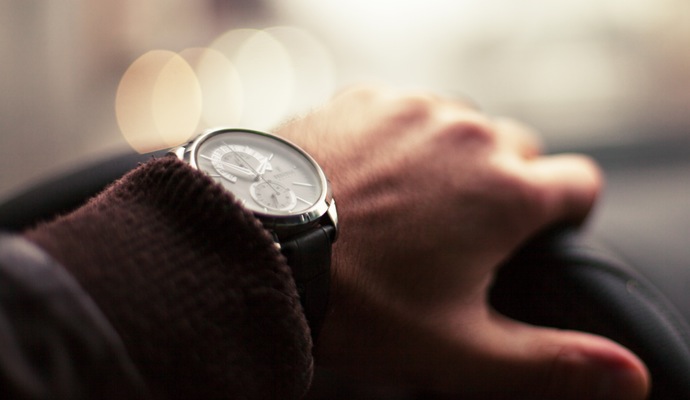 There’s a rumor that’s been doing the rounds for some time now that Apple is making a car. Whether the rumor is true or not remains to be seen. But the company has made a spate of high-profile auto hires which all seem to lead to the same, rather exciting conclusion.

Apple’s alleged foray into car making is no accident. Cars represent the next step in the natural evolution of the company. Apple needs to transition from a maker of smartphones and static chat bots to robots that actually move. That’s where the innovation and profits are going to be made over the next decade or so. And with companies like Ford, Toyota, and Nvidia all investing like mad, it would be foolish not to.

Let’s take a moment to think about the future. Imagine this. In the morning you step out onto your drive. But instead of having to walk to your garage to grab your car, it’s already waiting for you at your front door. Thanks to an ingenious car app, the car knows what time you usually emerge for work in the morning.

Next, you get into the car. But you don’t sit in the driver’s seat. In fact, there is no driver’s seat. Instead, you sit in any of the interior seats and start tapping on the onboard touchscreen. The touchscreen uses the same operating system as your phone. All your files, music, work documents and apps are all synced with your in-car infotainment.

The car starts up and begins driving itself to your office. A decade earlier, the experience would have been surreal. But now you’ve pretty much gotten so used to it it’s boring. On the way you notice the car moving about a little as it speeds up and slows down with traffic. But other than that, you’re oblivious to what’s going on outside the cabin. You’re too busy reading the latest news and sending emails to your colleagues.

A Word On Safety

The promise of this future world of autonomy is tantalizing. It’s an incredible vision of what will be possible once technology allows cars to drive themselves. But it’s not just the Jetson’s style living that’s exhilarating. It’s the prospect that we might finally rid our roads of death and destruction. As any experienced auto accident attorney will tell you, accidents are expensive and often life changing. But the connected car is a movement towards remedying these problems.

Consider a project being undertaken right now by Ann Arbor. The city is investigating whether it can use data to reduce the number of collisions on the road. They’ve recruited some 3,000 drivers in the local area and connected their cars with cameras and wireless internet. The idea is that the data from their vehicles will flow into the city’s traffic information grid. Once in the grid, location information can be used to help drivers make better decisions. For instance, information on vehicle location can help tell drivers whether it’s safe to overtake or not.

The Rise Of The Connected Car

What the experiment in Ann Arbor hints at is the rise of the connected car. Our smartphones were “smart” because they were able to connect to the internet and outsource processing power. Now cars are getting the same treatment, but with different outcomes. Safety technology, vehicle awareness, and communications are all combining. And when layered together, they’re able to create remarkable systems.

Take the new kit now found on some of the most advanced Mercedes-Benz models. Drivers of new Mercedes now have access to a level of sophistication unimaginable only a few short years ago. The German car company has recently introduced its “Intelligent Drive” system. The system has a feature that essentially renders the car autonomous is slow-moving traffic. When traffic is moving at less than 37 mph, the car will speed up, slow down and steer all by itself. The driver doesn’t have to do a thing. It’s all thanks to onboard sensors and radar.

Cars are also becoming more connected through the use of car apps. But car apps aren’t just confined to infotainment apps like music and navigation. They’re also being used to connect cars to other cars and the driver. One increasing use of apps is to collect data about the performance of the car and to inform the driver of any problems. This is rather like apps on smartphones that provide diagnostics on things like CPU temperature. Apps are also being used to connect cars to smart infrastructure. One day, these data will be used to control traffic flows in our cities.

We are proud to announce that we have been serving the print industry since 1966. Happy 50th birthday to us! Precision Printing is a…