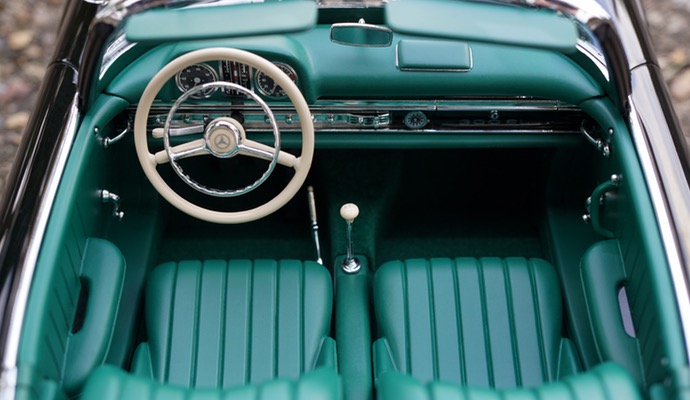 Power seats get no respect. Never mind obsessing, no one seems to even talk about them. For some odd reason, car enthusiasts always seem to focus on flashier car features, things like high-powered engines, cloud-based infotainment systems and exotic paint jobs. Go figure!

OK, now we got the tongue-in-cheek part out of the way, let’s look a little closer at power seats. Today we take them for granted but there was a time when they were cutting edge and a sought after option.  With a little help from the folks at Dulles Kia of Leesburg, VA, a full service Kia dealer, we have some automotive history to explore.

The history of power seats

Early car seats were pretty basic affairs: springs and padding covered with fabric or vinyl. The only movement that was possible was fore/aft to compensate for those with shorter legs. Furthermore, car seats in the old days were designed for “average” people. There was no adjustment for those that varied significantly from the norm. Both short people and tall people always had trouble when looking for the best vehicle to drive. Nothing seemed to fit them well. Realizing this, in 1955, Ford designed a four-way power seat mechanism and offered it in their Thunderbird sportscars.  The range of motion was pretty simple: fore/aft and up/down but  Ford customers absolutely loved it. Just a few years later Ford offered the first six-way seat.

As power seats became commonplace, an issue arose. Many drivers, particularly large and tall ones, needed to adjust their seats backwards and down simply to get out of the car. No problem there but the next time they used the car, they had to do the adjustment thing all over again just to get comfortable. Instead of it being a convenience, power seats had become a nuisance for some drivers. Again, Ford came up with a solution. In 1957, Ford introduced their “Dial-a-Matic” seat system in the Thunderbird and several other models. Instead of plain switches, the Dial-a-Matic seat used a letter-and-numerical dial to adjust the seats fore/aft and up/down. When the ignition was switched off, the seat moved back to the rearmost, lowest position to allow easy exit and entry. When the car was started up again, the seat moved back to the last “dialed” position. This was the first version of what we refer to as “power seat position memory” technology.

Today seats are getting quite advanced

Fast forward to today and we have all sorts of internal options for seating comfort.  Basically, once you give the go-ahead to automotive design engineers, you are bound to see some interesting things happen. Apparently several companies have given their design guys free reign because automobile seats are now as feature laden as ever.  Here are a few companies leading the pack.

In the US, the Ford Motor Company’s 2017 Lincoln Continental features a 30-way driver’s seat.  Like the Bentley, it offers full massage functions and both heating and cooling functions. Not only that, it is designed to be more comfortable than any previous car seat ever made. Ford employed biomechanical specialists to create support in key areas and eliminate so-called “hard points” that restrict blood flow and create fatigue in the neck, shoulder and thighs.

Not surprisingly, some pretty exotic seats can be found in Bentley automobiles. The 2017 Bentley Bentayga SUV, for example, offers a 22-way adjustable driver’s seat.  That’s right – 22 ways! For example,  the headrest moves up, down, forward and back and features padded sections that pull around your head. The seat cushion can extend forward, via power of course, for better thigh support and you can also pump up the seat bolsters for more comfort. And, what massages? Well, the Bentley driver’s seat can help you out with that too massage mechanisms for your shoulders and back – with soft and hard settings to boot.

Turn Your Home From Average to Sumptuous With These Luxury Ideas