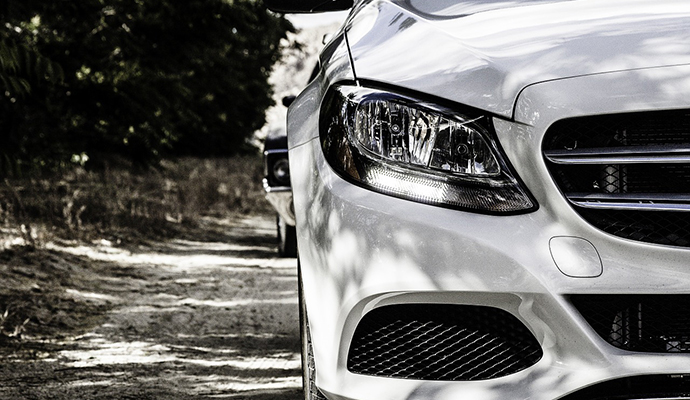 When you go out for a nice drive or a taxi ride you probably don’t take any weird stuff along with you, do you? Actually, maybe you do, as the latest evidence seems to suggest that most people do this.

In fact, people have been known to leave behind some really strange and completely unexpected things when they go for a drive in a hire car or when they travel by taxi. Here are some utterly bizarre examples to chew over.

False Teeth, Chickens and a Baby Left in Taxis

The people behind the taxi app ingogo did a survey in 2014, asking Australians what were the weirdest things that they had left behind in a taxi. The answers were staggering. For a start, someone openly admitted that they had once left a baby behind when getting out. We are left to assume and hope that they went and claimed back the little one before too long. The prize for the most embarrassing lost possession goes to either the person who left behind their underwear, the one who forgot to put their false teeth back in or the passenger who lost their STD test results in a taxi. Another one that is hard to understand is the case of the passenger who got off without realising that their live chicken had stayed on. That must have been a pleasant surprise for the next passenger. Of course, if you are travelling your own car you can put any weird stuff in the boot using only boot covers and a bit of common sense.

UK taxi firm Boro Taxis carried out their own survey on unexpected objects left languishing in their vehicles. Bizarrely, their list also includes a baby and false teeth. This leads us to the unsettling conclusion that people routinely forget their newborn infants and their removable dentures while travelling by taxi. Other exciting discoveries made by taxi drivers from this firm include a couple of dead mice, a plastic bag filled with goldfish and an artificial leg. Quite how the last passenger managed to forget their leg and still get out the taxi remains a mystery.

Uber Drivers Find a Santa Hat, a Patti Smith Record and a Knife

A great list surfaced on the internet a while back, when an inventory of unusual items founds in their cars by Uber drivers was published by mistake. Some of the stuff left behind by passengers was unfortunate without being particularly exciting. For example, the person who left behind their selfie stick was probably a bit upset but it is easy to imagine how this could happen. On the other hand, the person who left behind their Santa hat has a bit of explaining to do. For a start, why was he travelling in an Uber taxi instead of his sleigh? Someone else left behind their Patti Smith record. Was this a prized possession that they never left home without or were they actively trying to dispose of it in a cunning plan? Another passenger left a knife in the car when they got out, which leads us to some very worrying questions. If you are ever travelling in a taxi be careful not to leave anything behind, as getting it back can be a real hassle.

Hire Cars Containing a Skeleton and a Toupee

When you settle in behind the wheel of a hire car you probably feel right at home. This might mean putting some snacks beside you, fixing the seats to the perfect setting for you and putting a whole human skeleton in the car. Hang on, what? Among the weirdest things found in hire cars, we can see a human skeleton in the boot of a Toyota Camry in the US. We sincerely hope that people who carry around this kind of thing use car boot liners. Another unexpected discovery, this time in the UK, was a glass eye left in the car. Another UK hire car driver left their wig on the floor of a Renault. More romantic and far less gross was the diamond ring someone left in a chocolate box in their hire car. Their oversight presumably ruined a very romantic surprise but at least they got it back in the end. If you have the habit of hiring cars then it makes sense to check them thoroughly before handing them back, especially if you have a body part or something really embarrassing that you might just have forgotten about.

Busting The Myth Of The ‘No-Cost’ Online Business

Thinking about starting your own online business? Maybe you have been tempted by some of your friends telling you that you can create something…