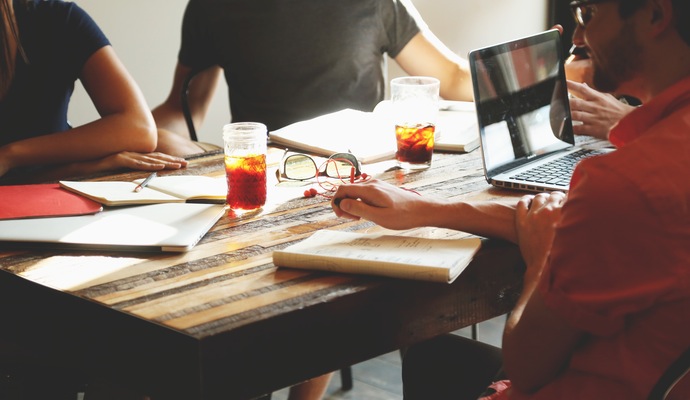 There’s the non-stop talkers who don’t let you get a word in, or the blame-avoiders, the slackers, the gossipers and the just plain nasty. These are the ones you need to really watch out for.

Keep an eye out for bad management

Your manager is in charge of you whether you like it or not. You might have an easy-going boss, but someare cold, arrogant, moody and unpredictable. Confronting your boss is scary and can put your job at risk, so if you have to do it, don’t put him or her on the defensive.

You might feel shocked at someone’s bad behaviour, but don’t react immediately. Remove yourself from the situation, take a few minutes to think about what’s happened – maybe make notes – and try to assess where you go from there. Remember, you’re in an office space in New Malden, not the backstreets of Renaissance Rome.

Think, then make a move

If the person is awkward but harmless, leave it. If the person is bullying or undermining you, however, you mustact. If you don’t, things may get worse and you’ll become increasingly stressed. Start by letting the person know that you see what they’re doing and that you’re willing to go to HR.Click here to find out more about human resources (HR).

Don’t wait too long to act

Once you’ve worked out your action plan, get on with it. The longer you wait, the worse it’ll become, as you’ll be more stressed and the toxic colleague will be bolder. Act while you’re still in control.

Don’t complain to colleagues, even though it’s tempting. You risk being labelled a whinger and HR might wonder why you didn’t come to them first if you were having such a problem. If you’re a complainer, people might think you attract trouble.

You can come across some really nasty people who leave you seething, but rise above it and keep your cool. There’s no end of sneaky tricks you could play, but that’s just stooping to their level. Don’t rubbish them – either personally or professionally – be the light that drives out darkness.

You already know not to go griping to colleagues, so once a grievance procedure or complaint is in motion, keep schtum. The fewer people that know about the problem, the easier it is to move onlater. You never know – it might all be a personality clash and you end up with a grudging respect for one another.

If you think it’s a personality clash or a misunderstanding that’s escalated, extend the olive branch first and act as if you know they’re as willing as you are to make peace. It could work well, but if not, you look like the bigger person.

You won’t end up best chums, but your conflict can teach you valuable lessons, especially if you see another person’s point of view. If it’s plain malice that motivates the other person, you’ll have learned how to deal with it.

Are You A Creator or A Businessperson – and How Does It Influence Your Business?

The terms “businessperson” and “inventor” or “creative” seem to be used interchangeably. Almost as if you have crafted a product, nurtured it through tests…